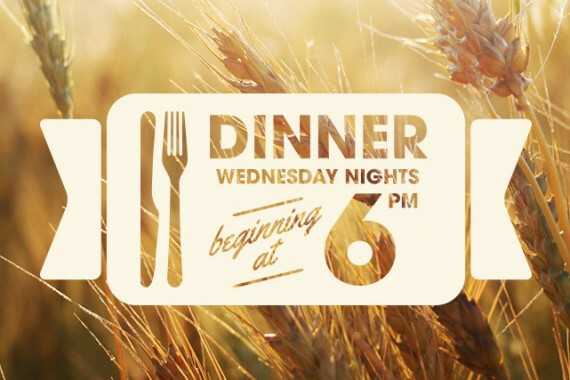 Join us for dinner from 6-6:30pm on Wednesday nights before programming and rehearsals begin for the night!

A free-will offering is received.